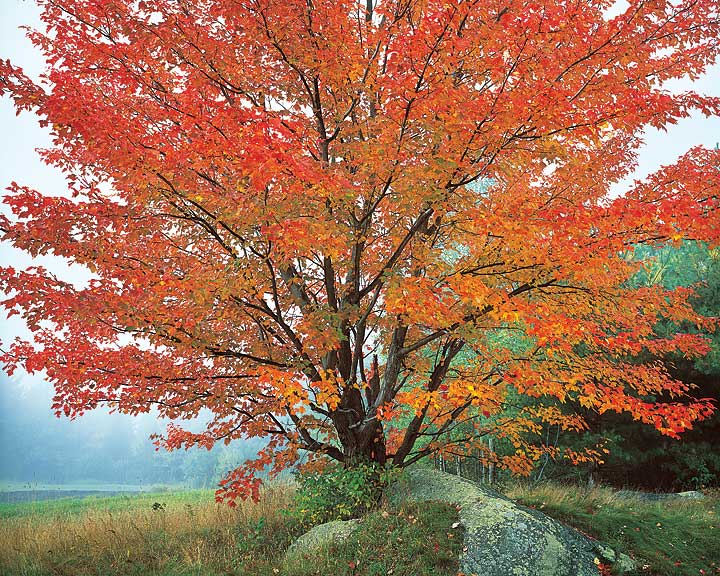 While spending several months in Vermont and New Hampshire in 1989, I often went out to photograph throughout the surrounding region. As I became more intimately acquainted with the area, I would keep my eye on various forested areas and specific trees and would revisit them under different conditions of lighting and time of day.

Early one morning, the air was calm and a low fog blanketed the valley. I knew that conditions were optimum for a worthwhile photograph, so off I went. Only a few miles from where I was living I came across this tree. The fog was thinning, but it still greatly softened the light from the sun–which appeared as a distinct white disk in the brightly illuminated sky.

To me, this photograph has a really celebratory feeling, with the strong upward thrusting motion of the trunks of the tree rising from the strong base of the lichen-covered glaciated rocks, fairly exploding into the brilliantly colored red-orange leaves. The color and textural contrast between the bright, angular leaves and the cool, soft, pastel fog gives a balanced tension which enhances the sense of depth and place and helps give the image a quiet but powerful feeling of strength and dignity.