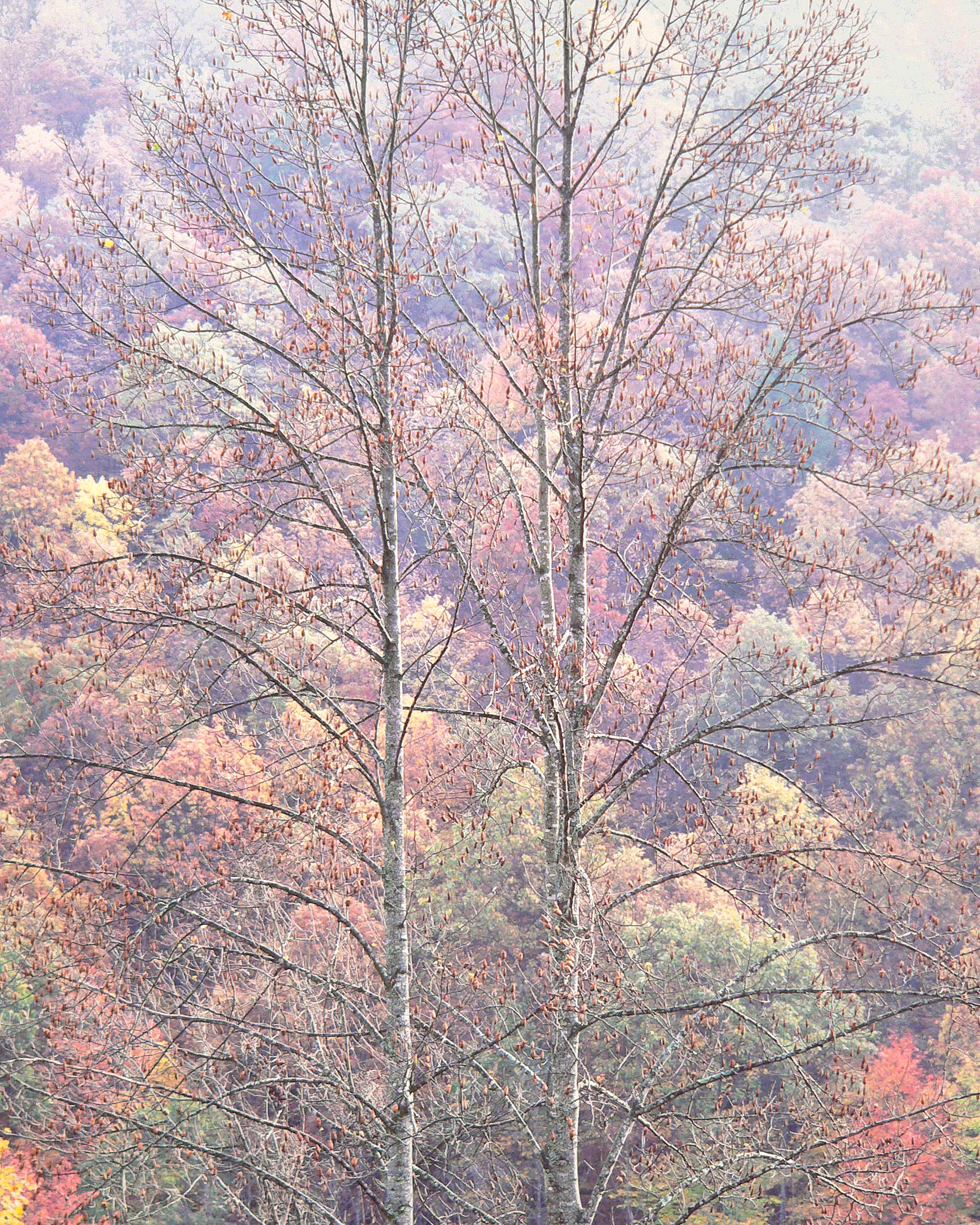 In October 2006 Ruth and I were photographing in the Appalachia mountains. West Virginia was one of our favorite places to go because of its rugged mountainous terrain and forested hillsides. The forests in this area have hundreds of species of deciduous trees. We often used the large DeLorme state atlases to find our way around (before GPS, Google maps etc.) and would go up and down steep winding roads as they forced their way across the mountain spines.

We were on one such road and coming around a corner, over my shoulder I saw these two trees with the pastel mountainside behind them on the opposite ridge. It took Ruth a while to find a place to turn around and there wasn’t a convenient spot to pull over so I took the 8×10 gear out of the van while she found a safe place to wait. We carried two way radios with us but some days they wouldn’t reach around mountain curves and hollows. This was one of those days so she said she would have to come back in half an hour and see if I was ready to go.

The morning was misty but the wind was still. I used my Schneider 800mm Apo-Tele-Xenar lens and the rising front on the view camera to make one exposure at f/45 for 1 second on Velvia 50 film. When Ruth came back around the corner, we loaded up the gear and went on our way to see what else the day would bring.

The branches and buds on the foreground trees are amazingly sharp and detailed and stand out well against the misty hillside in the background. I knew when photographing this scene that the overall contrast would be muted and difficult to print properly.

I didn’t attempt printing this image until seven years later in 2013. Because of the delicate values and soft colors, both the density and color balance of the image are extremely critical. There is also some dodging and burning necessary to even out tonalities throughout the image that has to be accurate to within fractions of a second each time. I don’t think I could have done it five years earlier.

I find the image to be peaceful, serene and full of quiet life. We have this 30×40” Cibachrome print in our living room at home.