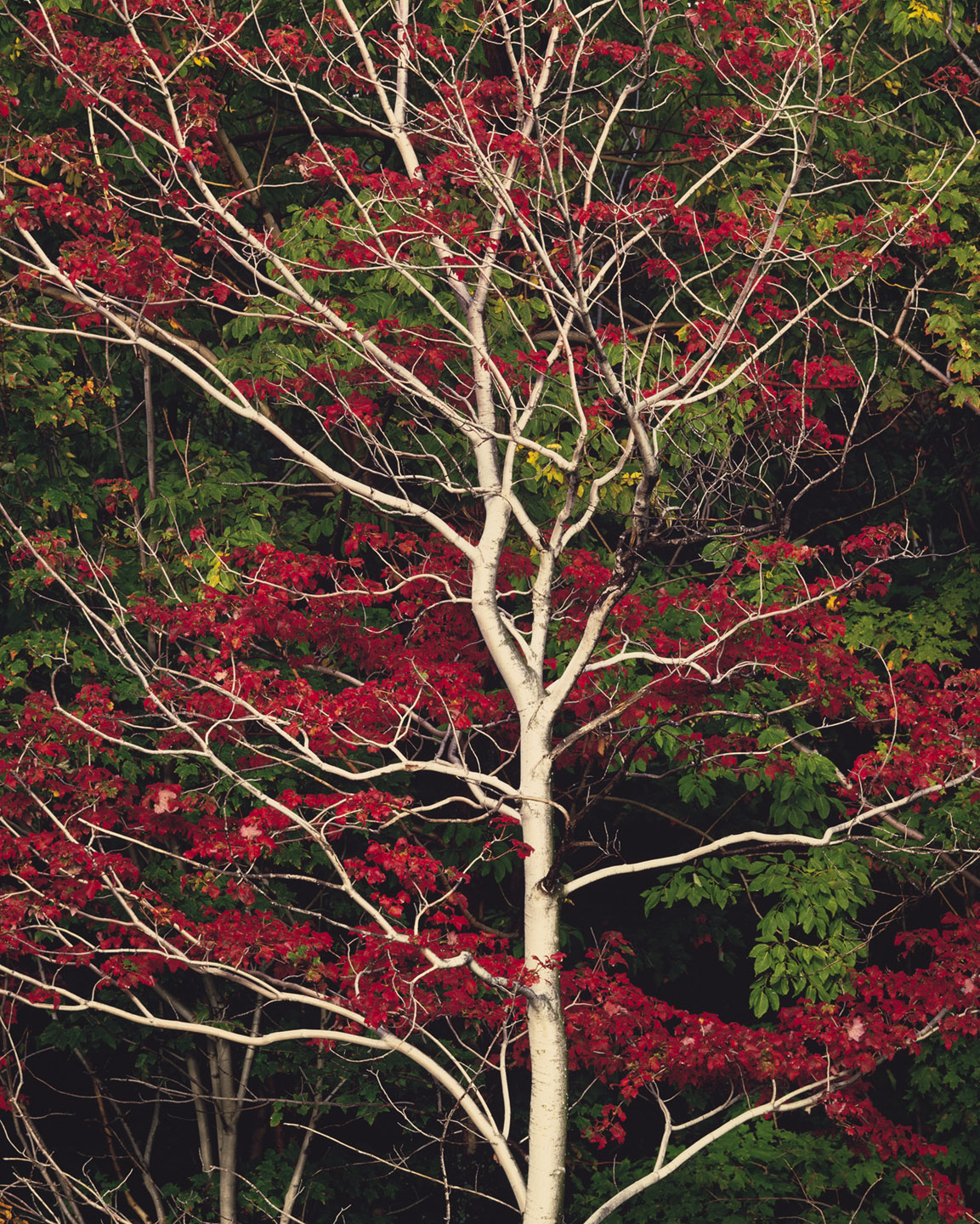 I arrived there just after sunrise. The wind was calm, with a misty layer of ground fog. The sky was clear and the sun was shining through the fog, illuminating everything with glowing light which was soft but at the same time directional. This special light is rare but when it happens, everything in the landscape becomes astonishingly beautiful.

The conditions were perfect but I had only minutes before the moment passed and the light would be gone forever. When I came upon this scene I saw this composition in a flash.

With the sun directly behind me, the tree was beautifully illumined with extraordinary light. That extraordinary light made the white trunk shimmer and glow and gave shape and shading to the red and green leaves, yet still left the deep forest dark in the background. The stage was set, the performers were ready and perfectly situated for a command performance.

I quickly set up my large format view camera and composed the image using my 600mm Fujinon C lens. The tree was slightly below me so I used the front lens shift to avoid any keystoning effects. After carefully focusing, I double checked my spot meter readings, since the light was rapidly changing, and calculated the exposure, making one photograph on Fujichrome 100 at f/22-2/3 for 1/8 second.

While the image on the transparency film was beautiful, printing it was difficult. It wasn’t until 27 years later in 2016 that I was able to make Cibachrome prints which fully expressed the transformative light I experienced on that quiet, peaceful, very special morning in the mountains of New Hampshire.