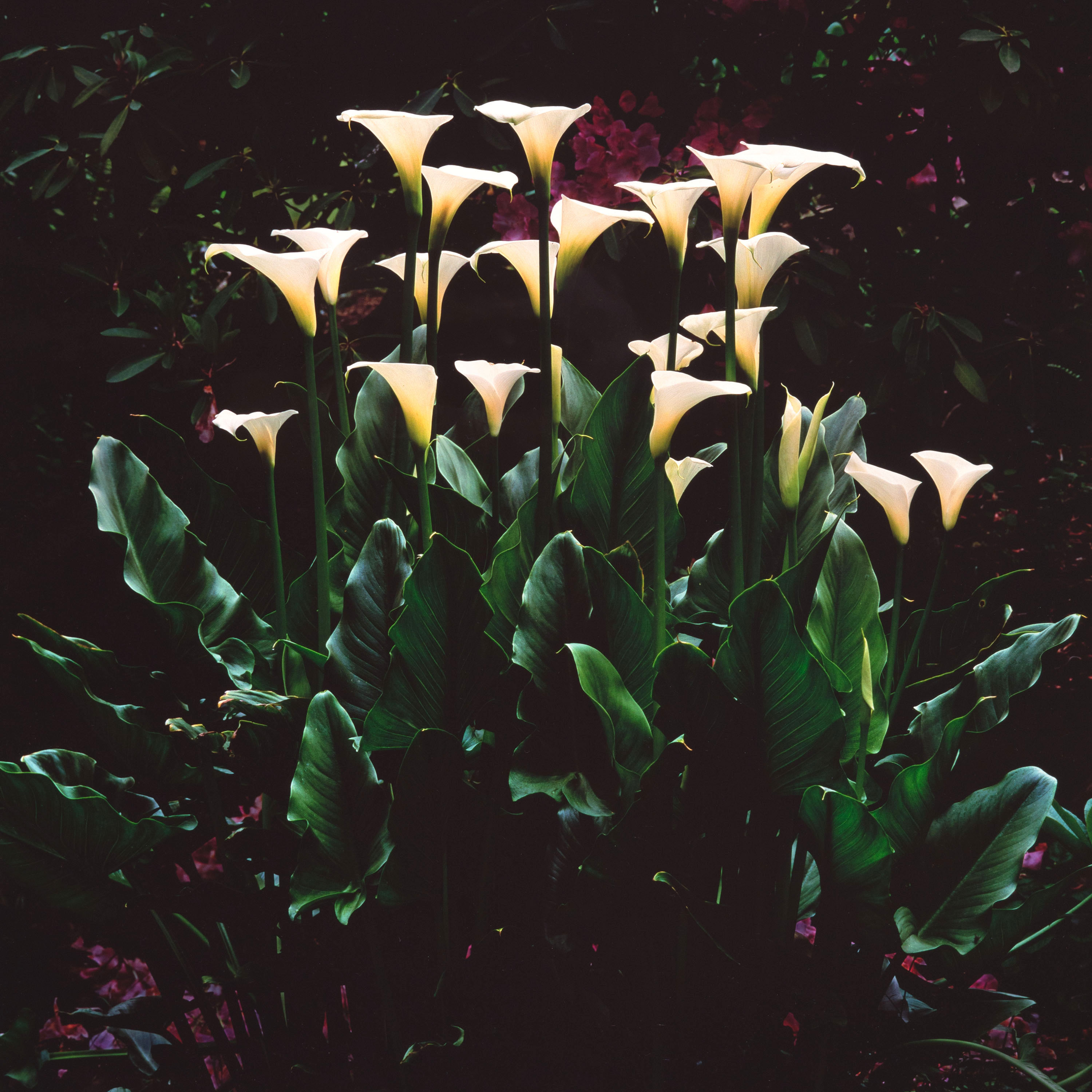 I planted these calla lilies at our home. This is when they were at the height of their beauty in June 2003. The tallest flowers are four feet tall, growing at the base of a steep slope with rhododendrons behind them and a 40’ tricolor beech tree overhead.

The callas were lit by early morning light coming from directly overhead. Although the light was soft there was considerable contrast in the scene because there is very little fill light coming from any direction. I was struck by how the calla blossoms were filled with light and the entire plant had an exuberant glow.

I used my Hasselblad camera with a 300mm Tele-Superachromat lens and Velvia 50 film to make this photograph. This lens is one of the sharpest lenses ever made and has perfect color correction. There’s a remarkable clarity to the edge lighting on the leaves and the subtle pastel striations in the blossoms.

The image requires a lot of finesse to print. There’s more to decide than just the right contrast level. You need to consider the entire tone reproduction curve. You can’t have it all. If you gain tonal separation in one area you diminish it in other areas. In this case, the glow and tonal separation in the white blossoms is of paramount importance. The rest of the tonal values and colors are the supporting cast in this production. Fortunately, the shapes and the edge lighting on the leaves serve to accentuate the shapes and glow in the blossoms.

It took considerable effort and several contrast masking re-dos and many full sized work prints but after two days of work I had the first good print on June 10, 2003, which was my mother’s birthday. She always loved white callas and even had them in her wedding bouquet 55 years earlier. So I matted and framed the first print to give to her as a birthday present.

On my way out the door I had a flash of inspiration. I rushed outside and selected the best callas in this photograph, put them in a vase and took the framed print and flowers to mom that afternoon. She was thrilled and for many days her friends visited again and again to share her love of the flowers and the new photographic print her son had made for her.