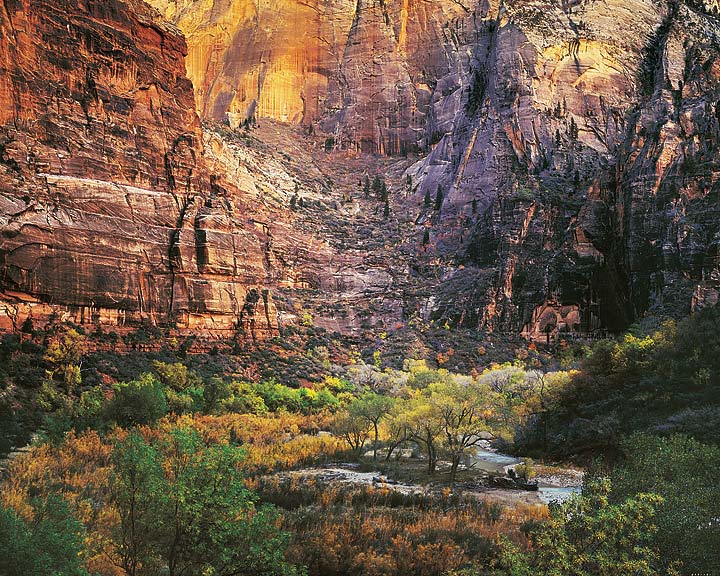 After a very fulfilling day of photography in early November in Zion National Park, I was wending my way back to the campsite. After the sun went below the horizon the light became rather dull and lifeless, started to fade, and then…a wondrous glow began to fill the valley!

The light was fading fast and was getting quite dim—but the glow was phenomenal. I rapidly searched for a photograph and ran with my equipment to this view of the canyon wall and river below. It was extremely difficult to focus in the fading light but somehow I managed, (through grace alone!). The exposure of the film took seven minutes, after which the glow had faded from the walls and the scene was in darkness.

The canyon wall seen in this photograph is almost half a mile high and even with the long exposure, not even the slightest whisper or breath of wind disturbed the leaves of the trees. The image is extremely difficult to print and it wasn’t until 1992 that I was finally able to make a print which conveyed what I saw and felt at the moment of exposure.

This image is a constant reminder to me of the majesty and glory present at times in the world and recalls a long-forgotten, almost primeval remembrance of Eden.