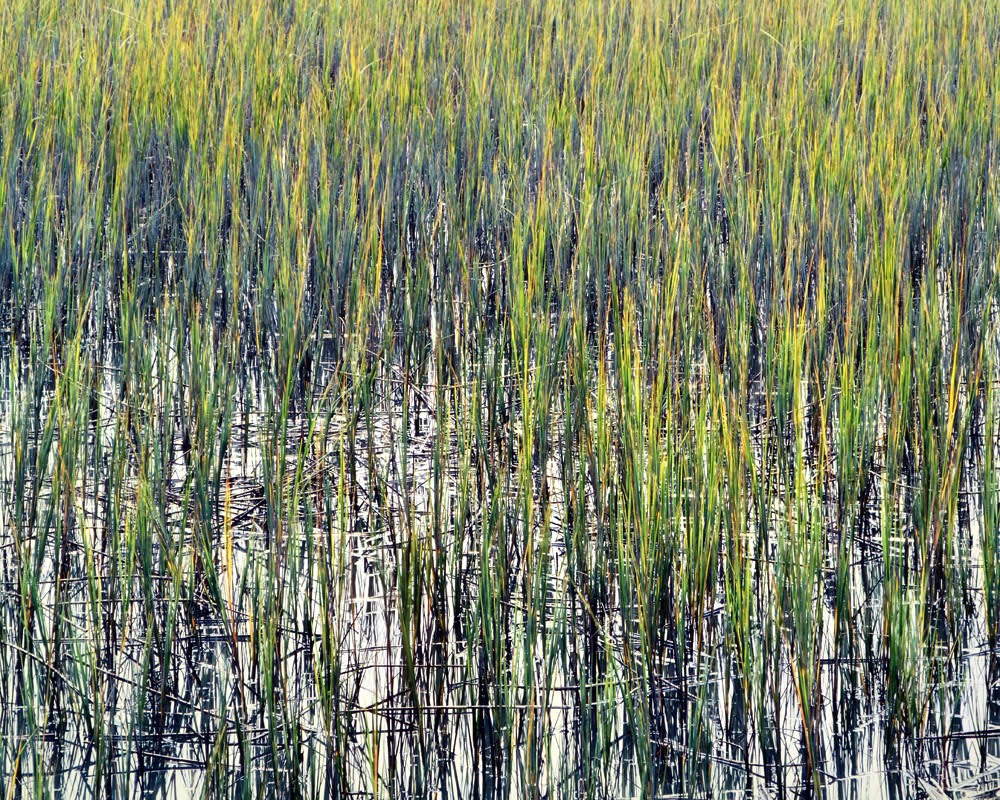 In 2007 Ruth and I went to a gallery opening in Lewes, Delaware. As part of that opening the gallery owners requested I bring my 8×10 camera so that their customers could see first hand what it was all about. We brought the camera, tripod three lenses and 12 film holders.

We were there for a couple of days so went looking to see if some tasty photograph was waiting out there. We first looked at the beach areas which turned out to be rather drab. In studying our map we saw that nearby was “Great Marsh Preserve” but it had no road access or paths. A bit further on was “Prime Hook National Wildlife Refuge” which sounded promising.

The area is quite flat and while there were some trees in the area I was drawn to the strong graphic qualities of the marsh grasses. The day was slightly overcast and there was a bit of wind which was constant but not too strong. Typical for a coastal area.

I found this composition which has a strong, abstract quality, almost dizzying. It combines the high contrast at the bottom of the image which combines the bold horizontal and vertical lines, the white sky reflections and the almost black shadow reflections of the grasses. This plays off the soft colors and wind swept feathery motion of the green marsh grasses at the top of the photograph.

Usually I avoid subject motion in my photographs but in this case it contributes to the abstract quality of the image. I think this is the only one of my gallery images that has this much subject motion as an intentional part of the composition. I used my 600mm Fujinon C lens at f/64 to make one 1/2 second exposure on Fujichrome 100 film.

I first printed this image six years later in 2013 to include it in a show of abstract work that year at Photography West Gallery in Carmel.