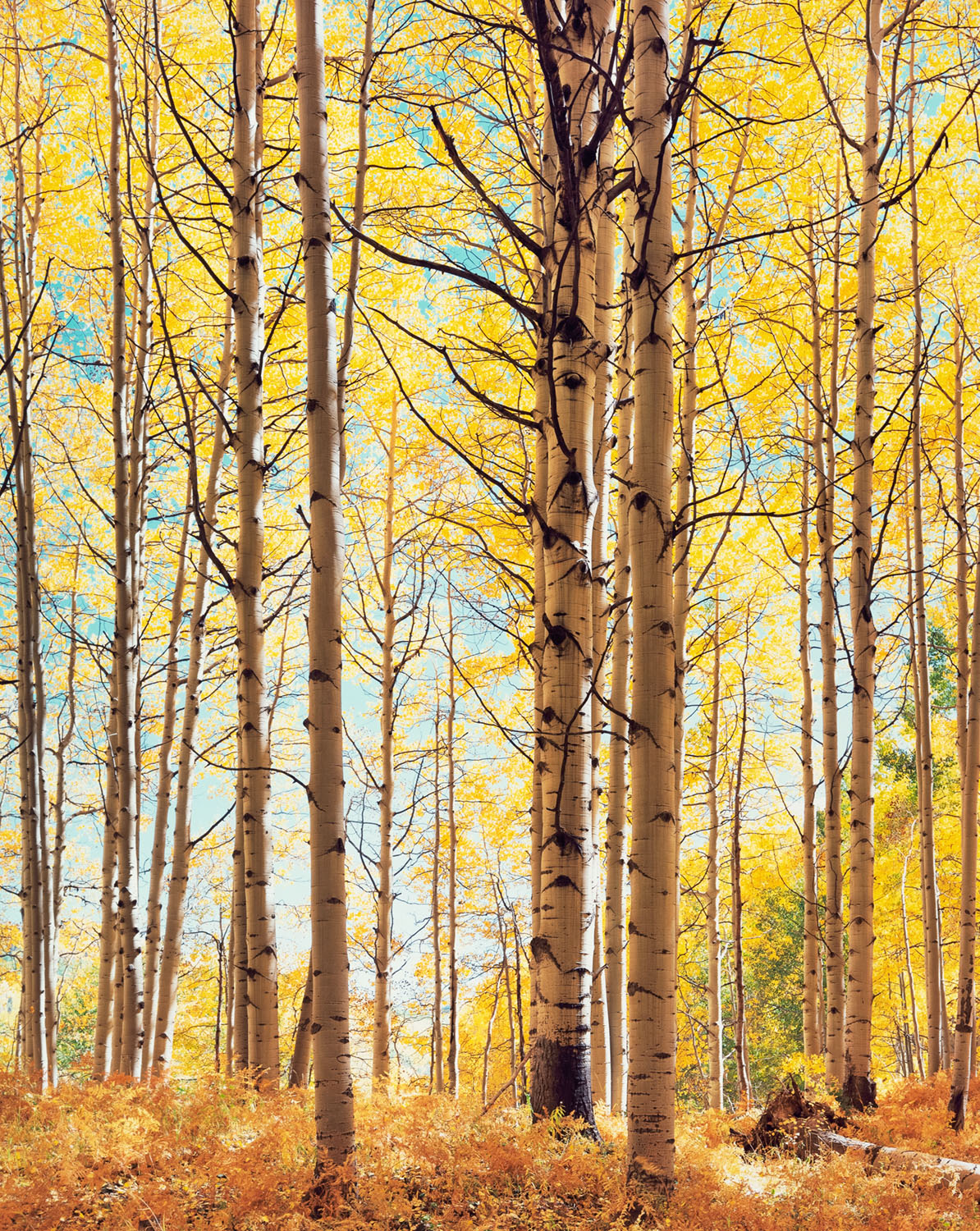 This image was made in 2003 during one of those autumns in Colorado when all of the conditions come together to create a high potential for creative and worthwhile photographs. In this case, we were high in the mountains in an area filled with thick aspen forests at their full peak of color. There was no wind for several days, a huge blessing, and the forest was full of the promise of exciting images if I could but see them.

We parked our vehicle at a turnout on the dirt road we were traveling on and I hiked up a ravine that was filled with trees. While the ravine seemed to have lots of potential I couldn’t find an image that captured the feeling of enveloping light. After about an hour of searching, while working my way up the ravine, I finally came to the top of the ridge.

As I gazed to the east I found the image that had been calling to me. I looked long and hard at the situation and hoped that the light would remain constant, as it was a long hike back to the van to get the 8x10 equipment. Calling Ruth on the two-way radios we carry with us, I met her back at the vehicle and we packed up several cases of equipment and the tripod.

We practically ran up the hill, or at least jogged, considering the high altitude and the 100 pounds of gear we were carrying. It was quite a hike including up and over, sometimes under, fallen trees and various other obstacles.

I used my 300mm Apo-Sironar-S lens at f/32-1/2 on Fujichrome 100 film, using the maximum amount of front rise that the lens would allow. This not only prevented a keystoning effect but also gave the visual qualities I was looking for. The center of the lens image is actually near the bottom of the photograph. As you look toward the top, the trees seem to soar upwards. This is actually the visual effect you see when in the forest looking up at the trees but it cannot be obtained photographically without the use of view camera adjustments.

More than any of my other photographs this image seems to capture a sense of peaceful, enveloping light and the taste and fragrance of a heavenly place just beyond the veil of this physical world.