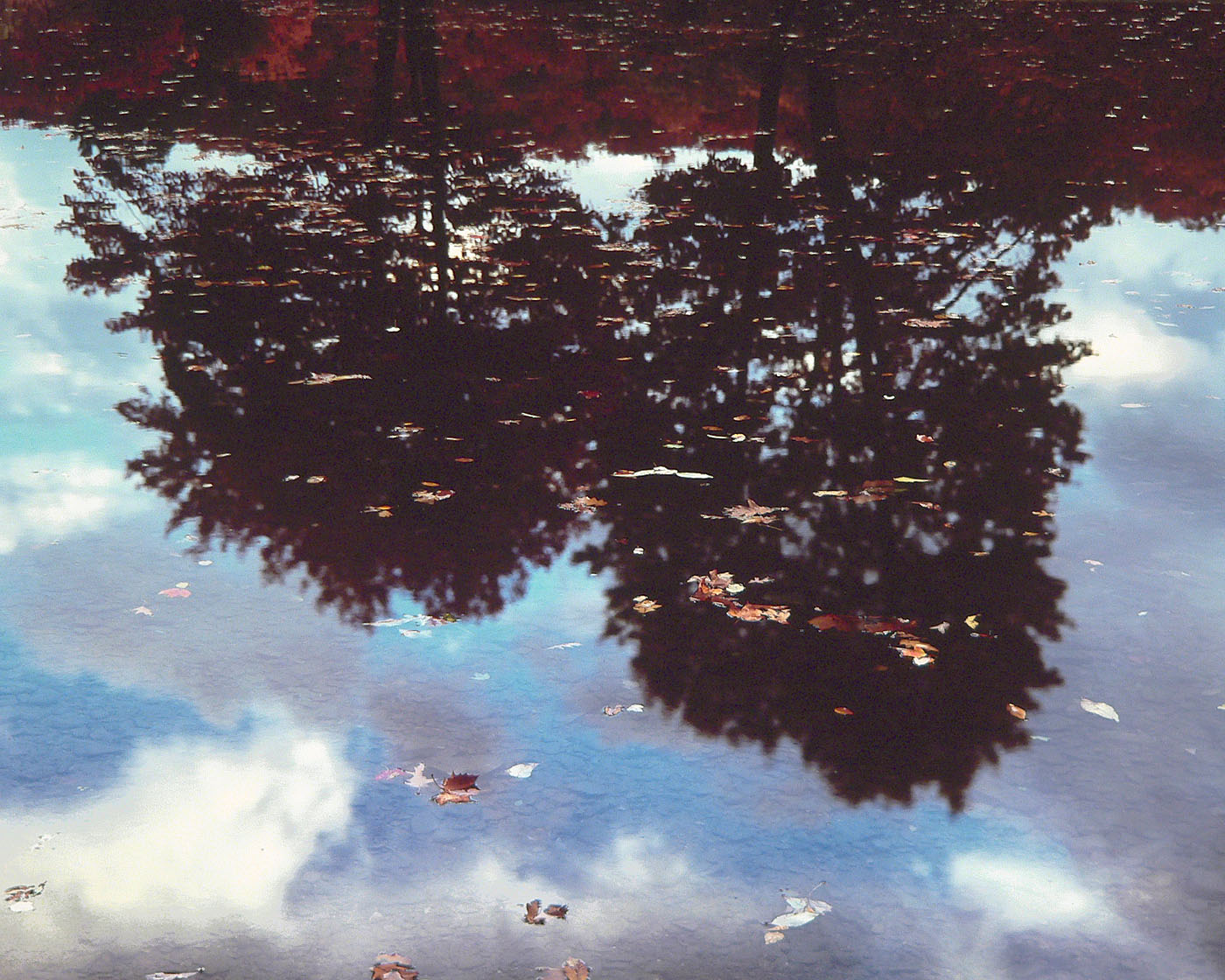 In 2006 Ruth and I were on a month long 9,500 mile photo trip. In the middle of October we found ourselves once again at Sherando Woods in Virginia. We spent three days photographing there and I was fortunate to end up with four worthwhile images in that time.

I was up before the sun on the morning of the second day looking for a photograph. The sunrise light had just a bit of color with scattered clouds in the sky. While I rarely photograph sunrises or clouds, their illuminating light can give a landscape an enchanted glow. That transformative light comes and goes within the space of 10 minutes, so if you’re using an 8x10 view camera you have to anticipate it in advance and have your camera ready to go when it happens. Like Buster Keaton catching a streetcar.

On this morning much of the early sunrise glow was gone. I hadn’t seen a photograph but there was potential all around me. I needed to open my eyes and see things in a different way. OK, what about those tree and sky reflections in the inlet to Sherando Lake?

The scene had intriguing possibilities but was it possible to use the 8×10 camera to photograph it? There was no wind but there was a very slight current in the water coming from a small creek to the right. I had no interest in setting up the camera to make a high resolution photograph of moving water with blurred leaves and reflections. I took some readings with my 1° spot meter and calculated that it could barely work.

Using my 450mm Nikkor M lens I composed the image on the ground glass with Ruth’s help. I was immediately reminded of one of M.C. Escher’s woodblock prints, titled “Three Worlds,” as that was precisely what I was seeing. The sky, the trees and the rocks and pebbles underneath the water, all blending seamlessly into a dream-like image. The tonalities were fantastic and it felt much like that in-between world you sometimes experience just before you go to sleep. I was very excited about the image but in a rare moment, Ruth was skeptical and I could almost hear her eyes roll in her head as I focused the camera underneath the dark cloth.

To keep the image sharp I needed to open the lens as wide as possible and push the film one stop to enable a the shortest possible shutter speed. I focused on the floating leaves and used the view camera swings and tilts to land the plane of focus perfectly on the water’s surface. Once I was satisfied with the set up I put the film in the camera and waited for the clouds and leaves to move into a (hopefully) optimum arrangement. Since there’s no viewfinder on an 8x10 camera I had to remember exactly what part of the scene I was photographing. In this case that wasn’t difficult. I made only one exposure at f/16 for 1/15 of a second on Provia film, pushed one stop.

Back in Oregon I was pleased when I looked at the developed film but it was still seven years before I printed it for the first time in 2013. There is a wonderful glow from the morning sunrise which the floating leaves picked up. It also gave and warm red tones to the hillside and trees and gave the sky and clouds a delicate pastel palette. Three worlds seen as one. 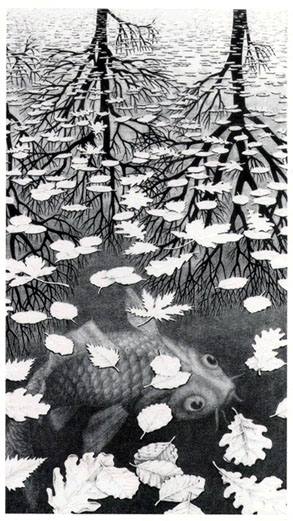