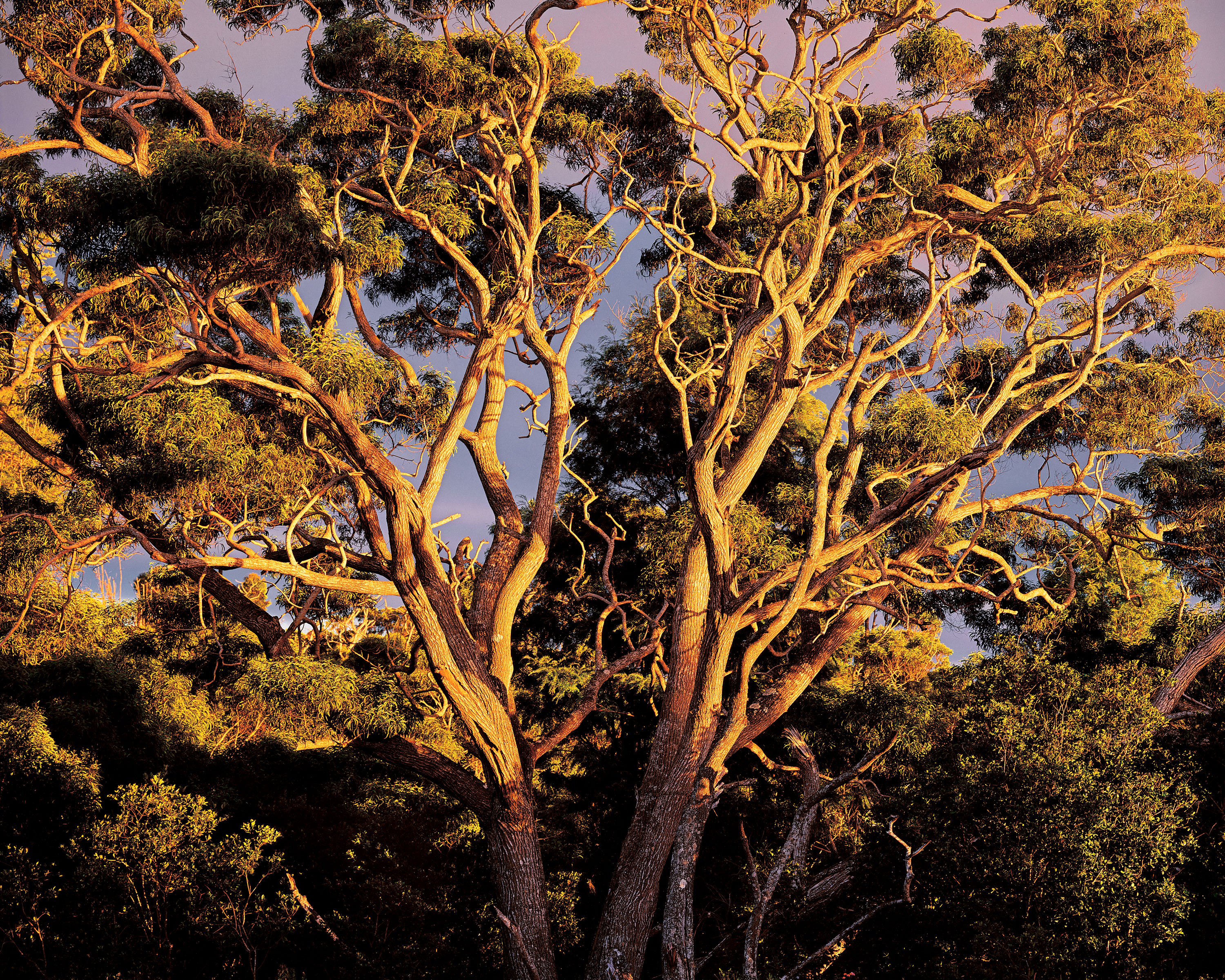 In May of 1996 Ruth and I spent three weeks photographing in Hawaii spending one week each on three different islands: Kauai, Maui and the big island. We photographed every day except that we took one day off each week to go snorkeling, bringing our prescription masks with us.

As the sun was setting I saw this beautiful axis lighting on these native koa trees. We had to move very quickly as the shadow you see at the bottom of the photo was moving upwards as the sun set. I used a 600mm lens at f/32-1/3 for one second on Velvia 50 film and made a second identical exposure as a backup.

These trees sit on an exposed ridge on the east side of Kauai. They have a rugged sculpted look caused by hurricane Iniki in 1992, four years before this photograph was made. It’s re-markable that these trees survived because the hurricane had sustained winds of up to 145 mph.

The Cibachrome prints are very difficult to make due to the high contrast of the transparency. The contrast has to be reduced with a strong contrast reduction mask, but if it’s even a slight bit too strong the shape of the branches is lost due to the perfectly aligned axis lighting. At the end of the day the Cibachrome print is almost shockingly bold with dramatic, strong lighting and a beautiful progression of smooth sunset colors behind the trees.