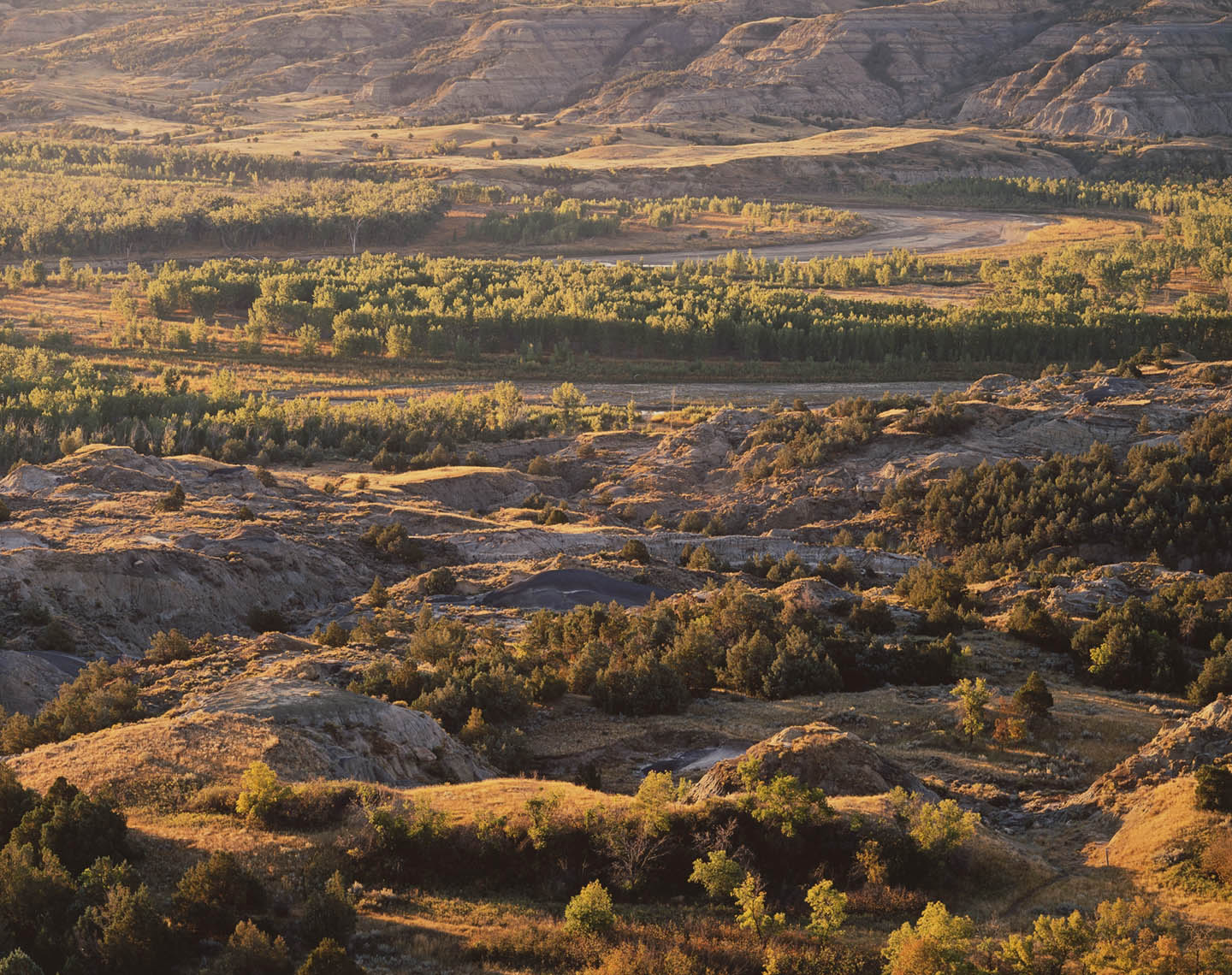 In 1990 I received a grant to photograph at Bernheim Forest in Kentucky on what would be a two month long photo trip. I headed to Kentucky via the northern route on September 11 and on September 18 arrived at Theodore Roosevelt National Park, where I camped for the night.

I arose before sunrise to a chilly morning and found this view of the Little Missouri River. As the sun came over the horizon I could see that the low angled sunlight brought out the textures and forms of the landscape. The slight haze in the atmosphere gave a sense of space and depth to the river in the distance.

I composed the image, focused the camera and had everything ready to go when the wind picked up. It was troubling but taking the picture was still doable, I just had to wait between gusts and make sure the 8×10 camera wasn’t moving. I used my Goerz 24” Red Dot Artar lens at f/22-2/3 for a 1/4 second exposure on Fujichrome 100 film.

It wasn’t until 8 years later in 1998 that I printed this image. It requires very precise contrast masking and color balance. The Cibachrome prints have a lot of depth to them and accurately portray what I saw and felt on that cold windy morning in North Dakota.