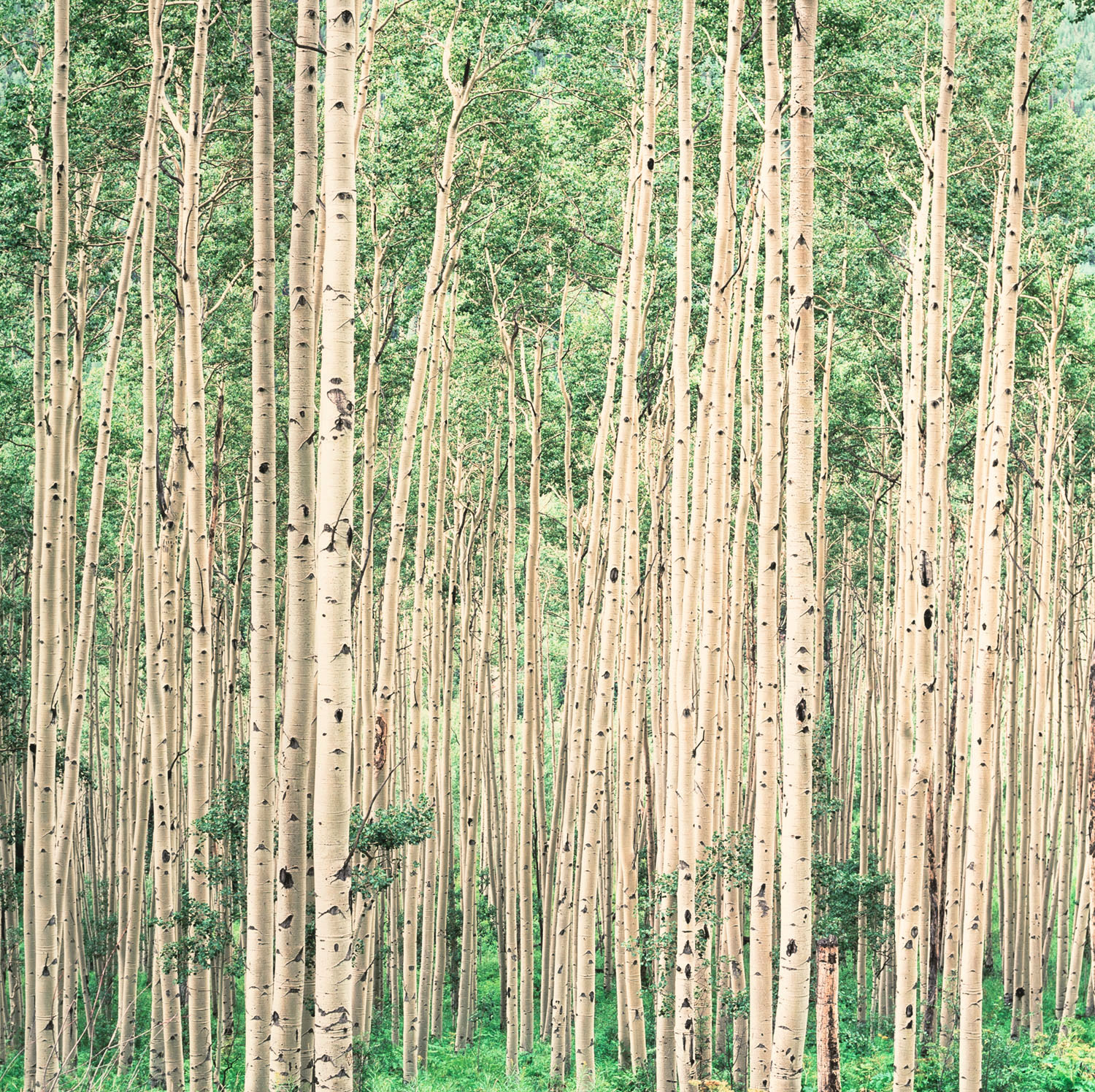 In the summer of 1999 I had a gallery opening at Valley Fine Art in Aspen, Colorado. Ruth and I flew to Denver, rented a car and drove to Aspen. I brought a stripped down version of my Hasselblad outfit and tripod on the plane with us in the hopes of perhaps finding a photograph on our way to or from the gallery.

The day after the gallery opening we headed west on Highway 82 which goes over Independence Pass. As usual, Ruth was driving so I could be looking for photographs. Depending on the area I’ll often ask Ruth to drive at a specific speed depending on my ability to evaluate the constantly changing scene for worthwhile images. In this case I asked her to drive at 27 mph.

We had good weather with no wind and high clouds that weren’t too thick. The quality of light on an overcast day varies tremendously from heavy flat “dead” light to “cloudy bright” which can have highly directional light but still softer than sunlight. “Dead light” I’ve never found useful for any worthwhile photograph: there’s something about it that just sucks the life out of a scene. Any other type of overcast light is workable depending on the subject matter and the intent of the photographer. In this case we had overcast light which had life in it and although it was soft and non-directional it still showed the shape and form of objects.

We came upon this scene I saw it instantly and asked Ruth to pull over now. She stopped the car as soon as she could and backed up to this spot. The light was perfect for the scene, soft and delicate yet with beautiful edge lighting on both sides of the aspen trunks. It was the remarkable lighting which made this scene something special and drew me to it.

I used a 100mm lens on my Hasselblad and exposed the Velvia 50 film slightly darker than I wanted the Cibachrome print to be so it would hold the delicate shape of the aspen trunks. When I saw the film later I knew it had potential but would be tricky to print. It wasn’t until two years later that I was able to do it. The tonal values are close together with no true whites or deep blacks and is very sensitive to slight changes in overall color balance.

For me it is a quiet, tranquil and peaceful image.