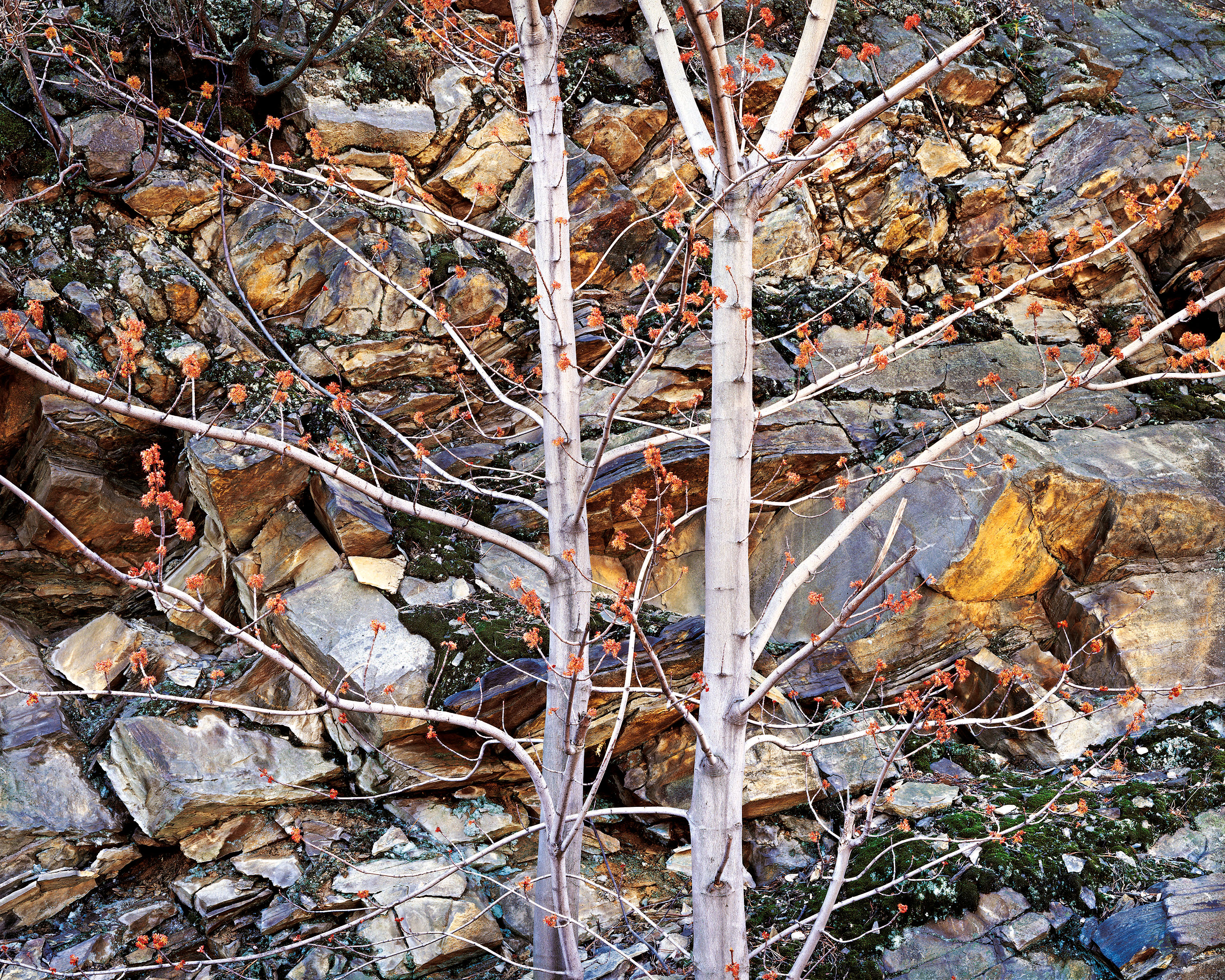 In March of 1987 I drove from Oregon to Connecticut to teach drum scanner operators for three months for the Meridan Stinehour Press, photographing along the way with my 8×10 camera. As part of that journey I traveled the entire Blue Ridge Parkway for the first time. This is one of the first photographs I made with the 8x10 camera setup I had purchased three weeks earlier.

This photograph was made with my camera set up right in the middle of the Parkway. The traffic was very light but nevertheless I had to pick up and remove my camera and tripod three times before I was able to make this photograph. I put a penny on the road each time I moved to mark my spot but still had to recompose the image each time.

I was drawn to this scene by the glow in the silver maple trunks and branches and the visual interaction between the tree and the rock wall. This was the first of what would be many of my images where the photograph has a dynamic interaction between two or three visual layers, somewhat like an orchestral composition.

In this case I needed to keep the two layers slightly separated to prevent them from visually competing with each other. The tree and branches are perfectly focused but the rock wall is very slightly soft, not enough to be obvious, just enough so the tree is stands out from the background, almost as if the rock wall were a painted backdrop. It’s a good thing I wanted this effect, since it wasn’t possible to get more depth of field with the lens I was using at that close distance.

I used a 24” Red Dot Artar lens at f/64 for one second on Fujichrome 100 film, only one exposure was made. The image has always been a bit of a challenge to print. A delicate balance is required in order to preserve the luminosity of the tree, which has a narrow tonal range that needs sufficient contrast to separate the tonal values, but not so much contrast that the rock wall visually overwhelms the tree.