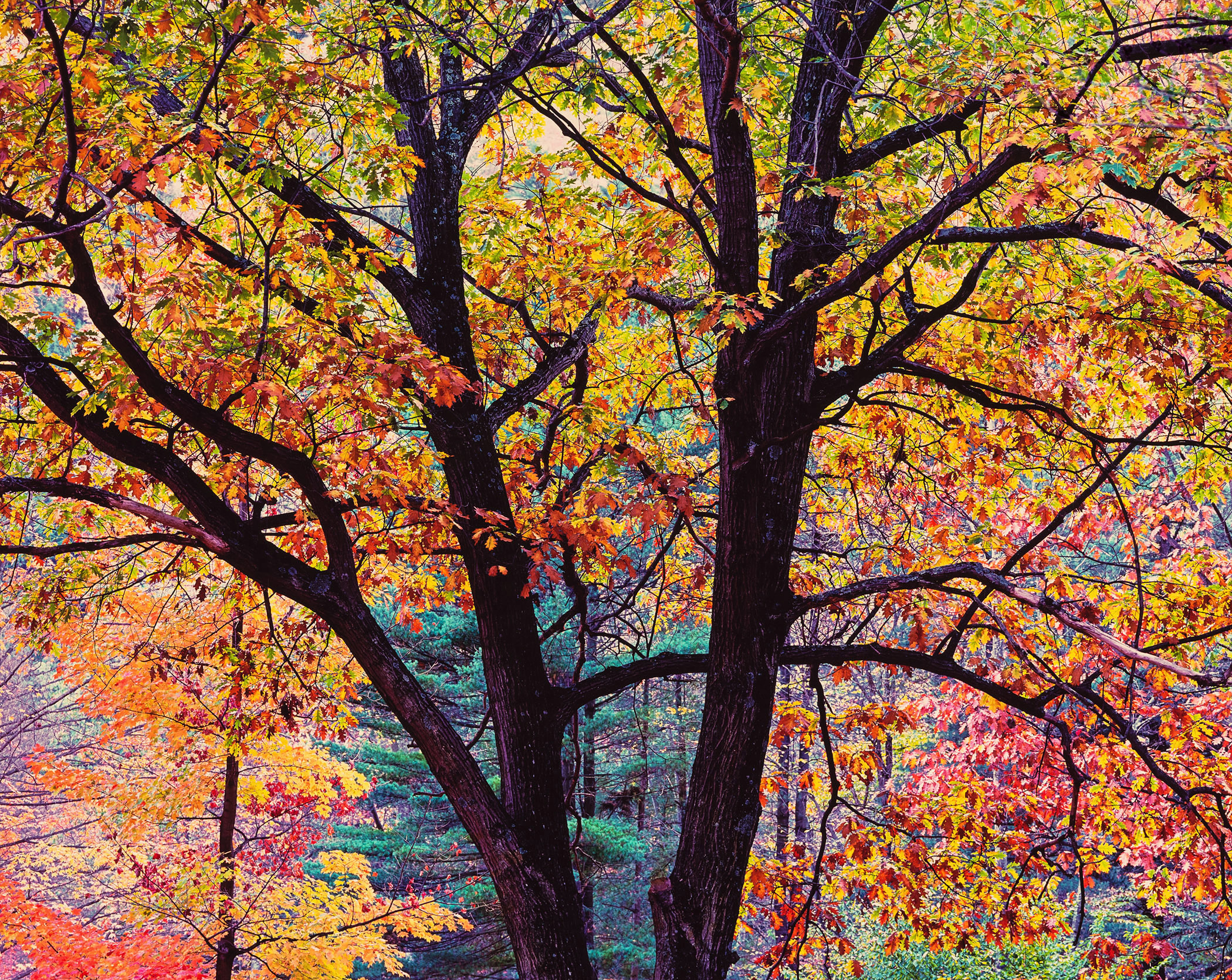 At the beginning of fall in 1996 I went on a two-day photo excursion to southern Oregon. The autumn colors were just beginning to appear and I had a burning desire to get out and see if I could find a worthwhile photograph.

I saw this image as I was driving back from the coast along a winding highway that was still at a low elevation before it started climbing over the Coast Range. It was one of those moments that as I passed by this tree I caught a fleeting glimpse of it and immediately knew it would make a photograph. I found a place to turn the car around, came back and parked on the wide shoulder of the road.

The colors and tones were remarkable, this was the only tree within miles that had such color and visual interest. However even though the light was soft, the overall contrast was high due to the dark oak trunk. I exposed one piece of film using my 300mm Apo-Sironar-S lens at f/64 for one second on Velvia 50 film. Fortunately there was no wind so the leaves are all in focus and very sharp.

When I examined the processed film the contrast was very high, as I expected. I tried printing the image with different contrast masks. I didn’t want a Cibachrome print which rendered the dark tree trunk featureless black but when I reduced the contrast enough to show detail, I lost contrast in the colored leaves and the image was flat. In 1996 it was an unsurmountable difficulty.

The image had to wait 21 years until 2017 when I had much more experience with contrast masking and Cibachrome printing. I spent several days working on it and finally was able to print it with a sandwich of two separate contrast masks, each one precisely exposed and developed to very critical values. Given the wide range of colors in the image it requires an extremely precise overall color balance for the colors to interact properly to bring the image to life. And not surprisingly, there are some parts of the image that require dodging (darkening) which has to be accurate to within a fraction of a second.

To me, the image has a wild, celebratory feeling to it, thus the title Oak Jubilee.