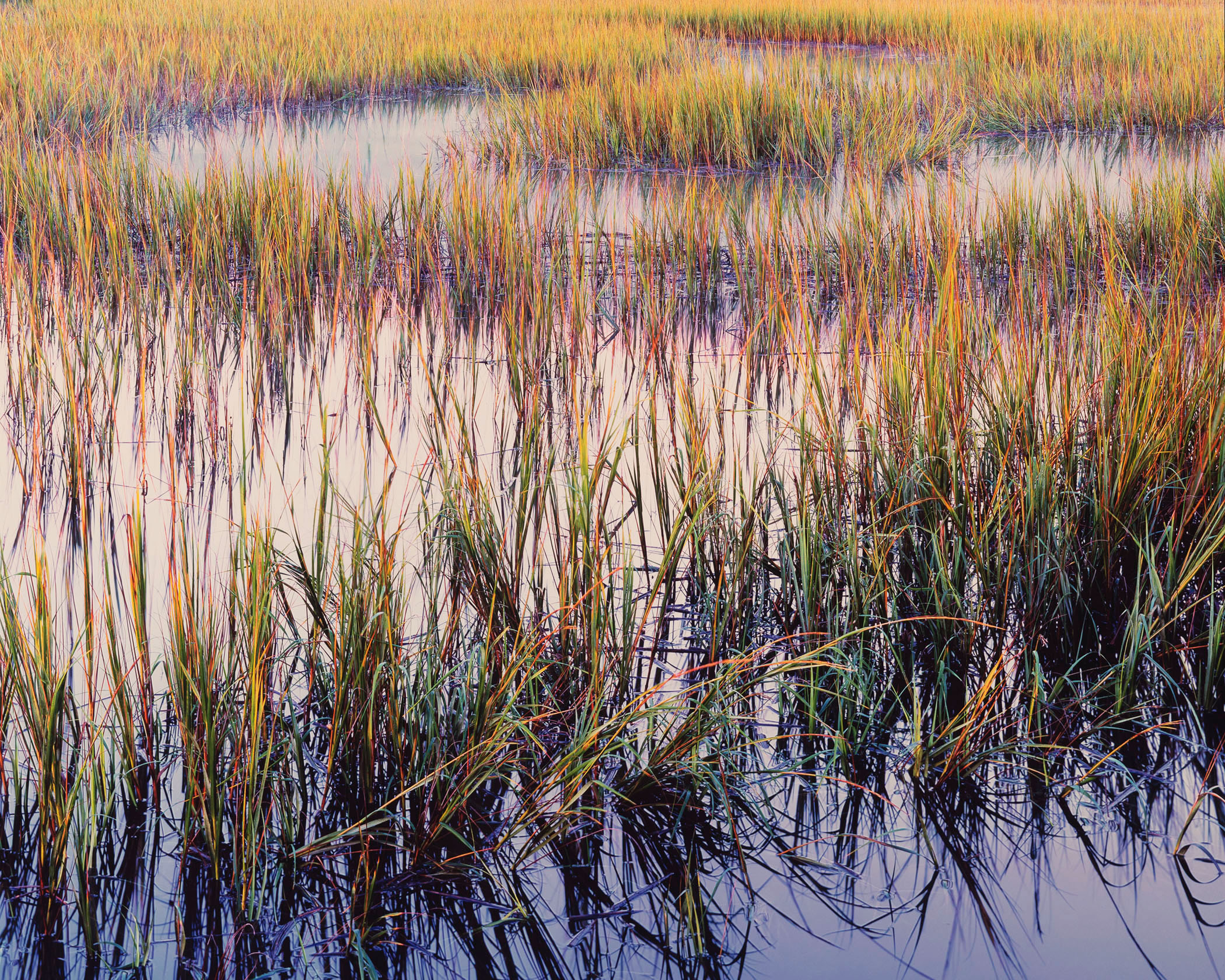 In 2014 Ruth and I went on a cross country photo trip in our camper van. The weather and foliage were not cooperative on this trip. Nothing out west. Nothing in the Appalachian mountains. In three weeks I had made only one photograph. It was almost the end of October, if the trees and forest were not being cooperative it was time to try something else.

We studied our maps and decided to go to Huntington Beach in South Carolina. There was a park and arboretum which sounded promising. The park and arboretum were lovely but not something I found inspired to photograph. However, the salt marsh adjacent to the park was another story.

The marsh has a mixture of salt water and fresh water and there was a very long boardwalk that led from solid ground to the middle of the marsh. After some study I decided to try to find photographs at both sunrise and at sunset. At those times the color of light would complement the autumn colors of the marsh grass and the angle of the light would accentuate their form and textures in two different ways.

The next morning at sunrise I made the photograph “Marsh Grasses at Sunrise.” I looked for other photos of marsh grasses and other subjects during the day without success. Before sunset, Ruth and I were back on the boardwalk at its far end. The sunset appeared to be rather uneventful, with clouds obscuring the sun and not much color happening in the sky. Fortunately there was no wind and no current in the water as it was half way between high and low tide.

As the sun continued to go down the clouds started to pick up some color. I found this composition and rapidly set up the camera with Ruth’s help. The warm color in the clouds was causing the autumn colors of the grasses to really glow but it was changing fast. When I was ready to make an exposure somehow the clouds became perfectly choreographed with the three sections of water, each having distinctly different colors and densities. Amazing.

I used my 600mm Fujinon lens at f/32-2/3 for a one second exposure on Velvia 50 film. The Cibachrome prints have luminosity, tonal richness, pinpoint detail resolution and butter smooth subtle tonalities. A prime example of the synergy of 8×10 film and Cibachrome. This is why I’ve made these prints for 40 years and have no intention of using anything else.