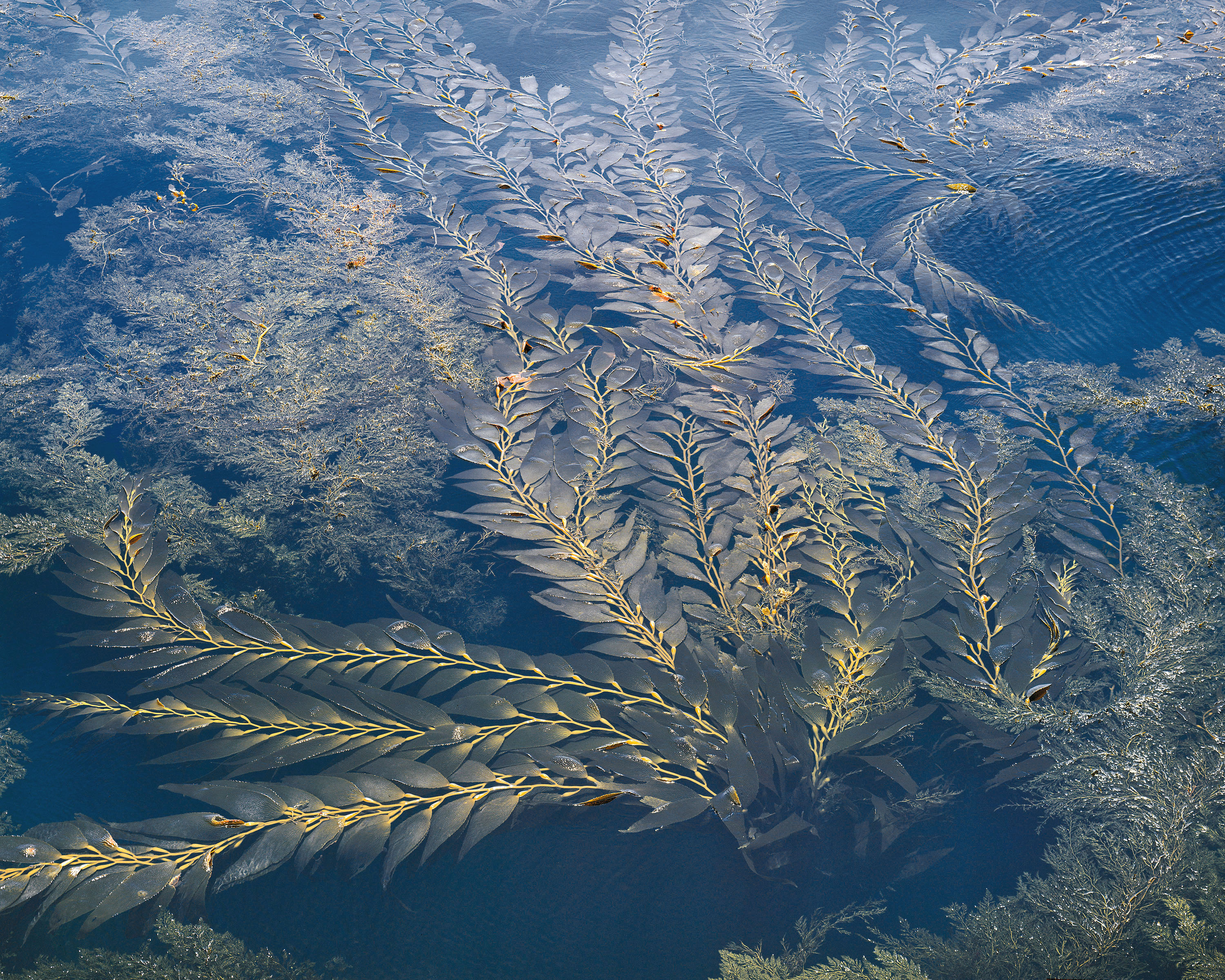 While photographing in California, I stopped to visit Point Lobos. While Point Lobos is a very wonderful, almost magic location, I have been reluctant to photograph there.

The sun was out, with very little wind and a fairly calm ocean. While on the rocks on the southern part of the Point, at low tide I watched the kelp as it moved back and forth, swaying with the gentle motion of the waves. No denying it, I couldn’t help myself that day–a photograph was waiting, calling out my name!

This particular patch of kelp was on the ocean side of the rocks, in deep water, thus the deep blue color. The scene was extremely difficult to photograph with an 8x10 camera, as the ocean level was rising and falling, the kelp was in almost constant motion–and there is no “viewfinder” on a view camera to tell exactly which part of the kelp is in the photo. Even setting the swings and tilts on the view camera to have the plane of focus coincide with the surface of the water, there was almost no depth of field, as I needed to render the kelp sharp, as well keep the shutter speed fast enough to sharply render the small ripples in the water.

After focusing, I watched the scene on the ground glass, as well as on the water, until I felt confident about the exact framing of the scene. Then, after closing the lens and putting a film holder in the camera, I watched and waited. The kelp moved back and forth, gracefully swaying with the movement of the waves, ever changing, almost constantly in motion.

At the end of one of the movements of the kelp, as the water began to change direction I took this one photograph. For me, it shows the fluidity of the kelp in the sea, with the grace, delicacy and strength we normally associate with a ballet dancer or the delicate yet strong branches of the willow tree.