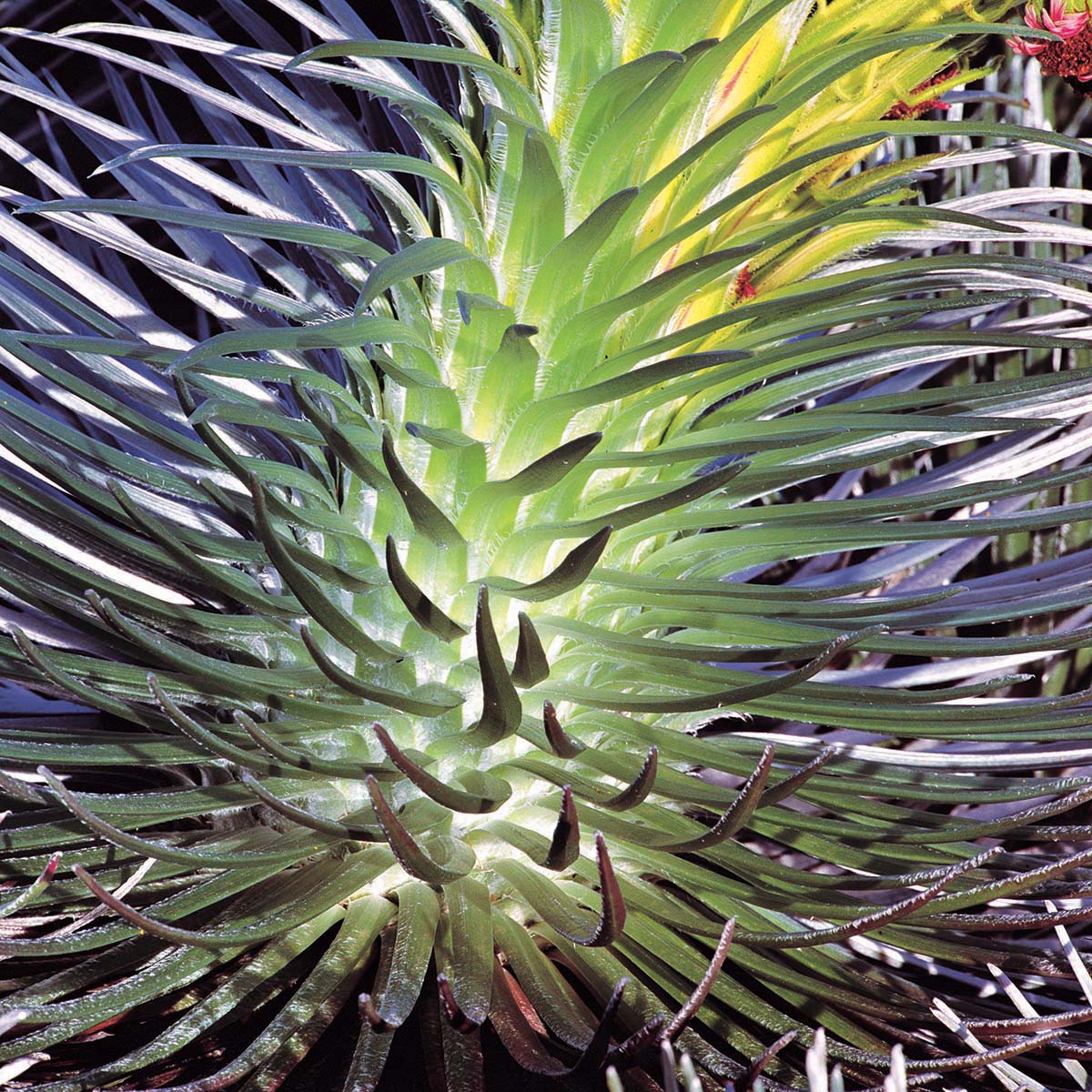 In 1996 my wife Ruth and I traveled to Hawaii to photograph one week each on Kawaii, Maui and the Big Island. We brought my 8x10 camera and Hasselblad outfits.

When we were on Maui we visited Haleakalā National Park, where grows a rare species of Silversword plant that live only on the slopes of Haleakalā mountain. We found this particular Silversword in a raised planting bed by the visitor center. It was just beginning to bloom and the noonday sunlight brought out the extraordinary qualities of this remarkable plant.

I was amazed at the glowing light surrounding the central stalk of the plant. This unique glow came from the reflection and transmission of sunlight by small reflective hairs on each small branch. This process focused light and heat to the plant’s core, which allowed it to live in the thin air at the mountain’s 7,000’ elevation.

I found the best composition to photograph this glowing light by using my Zeiss 250mm Superachromat lens combined with a Zeiss 2X teleconverter, which made a 500mm telephoto lens, using Velvia 50 film. The exposure had to be carefully calculated because of the wide range of light values which were at the maximum range of the film’s ability to record all the tonal values. Printing the image is not easy. It’s necessary to control the contrast but also allow for maximum luminosity of the glowing areas and full detail in the bright, delicate whites. Cibachrome is the perfect printing material to convey the dramatic, glowing light which emanates from the center of this Silversword.

The primary subject matter in this photograph is light itself. The final prints have a startling three dimensional look to them. Mysteriously, the lower part of the central stalk looks like you are seeing a negative image because of the way the dark leaf tips stand out against the glowing center of the plant.

Viewing the image almost feels as though we are being allowed a veiled peek into a mystery of light and life. A fitting tribute for Haleakalā, which translates “house of the sun.” It’s no wonder this is the only place on the planet where these Silverswords grow and thrive.