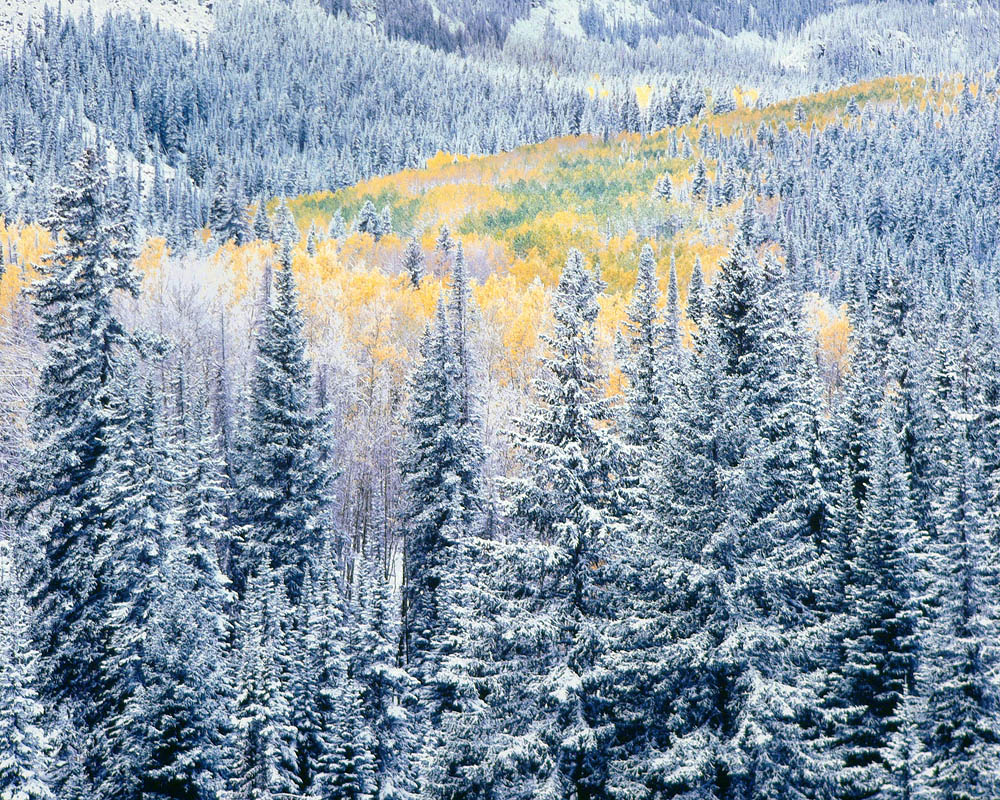 In 2000 Ruth and I found ourselves photographing in Colorado in the Grand Mesa area. Although it was the end of September the aspen trees were just beginning to change color. That night a cold front came in, the temperature fell into the low teens and it gently snowed all through the night.

When morning came the storm had passed and there was no wind. Everything was still and quiet. The snow had coated the trees in the most perfect way, frosting all of the tips and branches but leaving enough uncoated so the shape and form of every tree is well defined.

Because it was a record early snowfall, the stage was set for some uniquely beautiful photographs that combined green and golden aspens with winter blue conifers, all with a light dusting of snow.

This scene was photographed with my 800mm Apo-Tele-Xenar lens at 45-1/3 for 1/4 second on Velvia 50 film. I didn’t print this image until 2010, 10 years later. It was extremely difficult to print properly, even with some special masking techniques that I invented for this image. The difficulty lies in preserving tonal separation and uniform density throughout the entire group of aspen trees which requires very precise and difficult dodging and burning on each print.

It is worth the effort and it presents a unique image that reminds me of the old fairy tale stories that I still love to read. It’s the kind of view the heroine sees when she’s nearing the end of her quest to find the golden apple that grows in the midst of the enchanted winter valley.