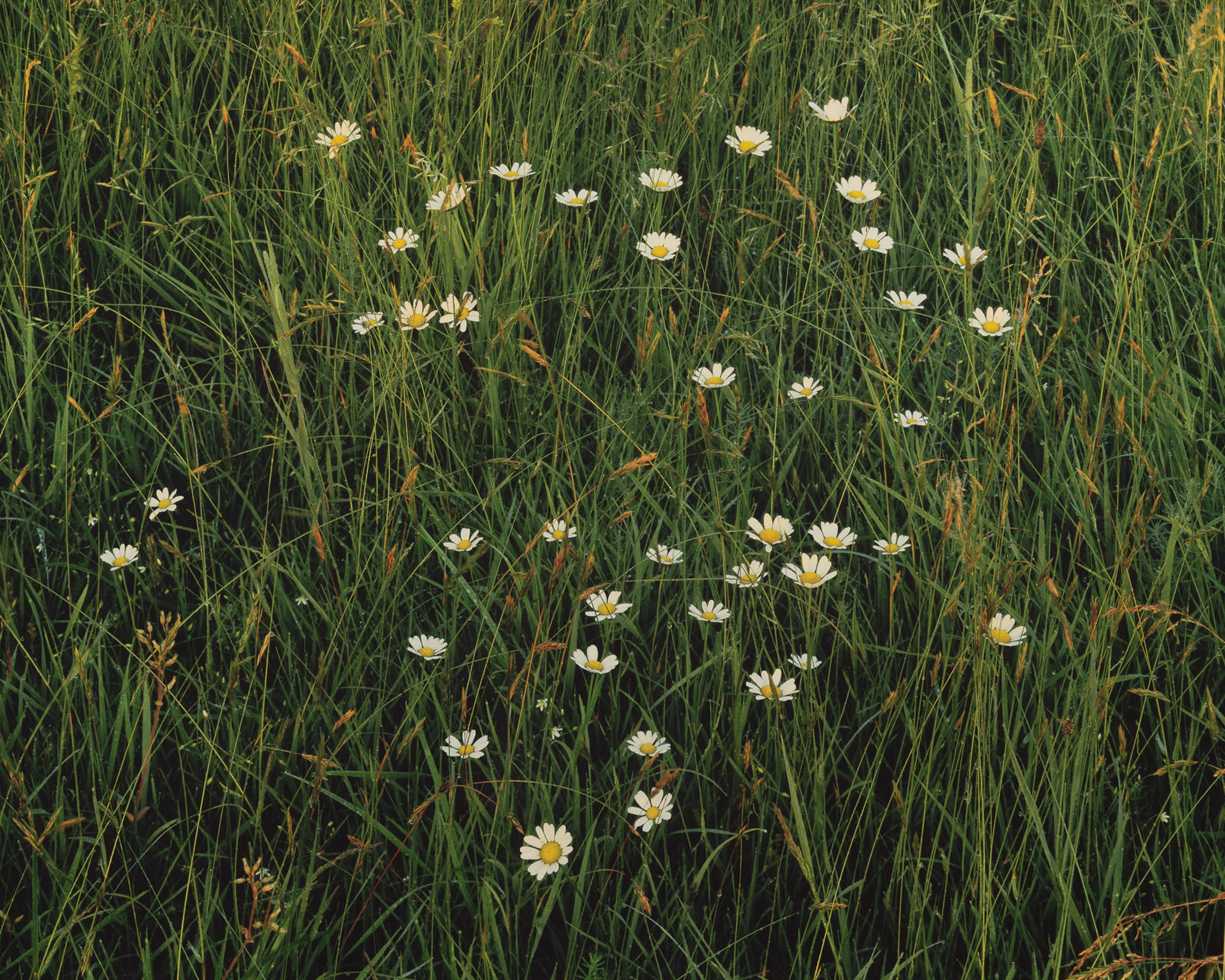 When I feel really inspired to go looking for a photograph I never know where I’m going or what I’m going to find. This photograph was made in 1989 at a remote pioneer cemetery in the woods near where we lived. The summer morning was cool, with light fog and zero wind.

I left home with my 8×10 camera outfit and followed the light. The sun was rising and lighting up the fog, which I knew would result in perfect lighting for close up subjects. A few miles from town I turned up the small gravel road that went to the pioneer cemetery, parked and walked around. I knew I had about 15 minutes to find an image, setup the camera and make the exposure.

I discovered these daisies that were growing in a star shaped pattern, surrounded by the green and gold grasses which were heavy with dew. I made one exposure with my 450mm Nikkor M lens at f/45 for a 2 second exposure on Fujichrome 100 film. The sun was burning through the fog and was almost in the scene, which provided the warm, glowing light I had hoped for. I had been able to make the photograph with one minute to spare.

I knew it would be difficult to print, due to the contrast range between the white flowers and the deep colors in the grasses. I tried making Cibachrome prints but they were unsatisfactory and unacceptable. They were flat looking on the one hand or too contrasty on the other, so I put it away. The transparency sat in a box in my darkroom for years, unprinted.

Finally, 25 years later in 2014 I had progressed in my printing skills and understanding of what makes a print come alive that I was ready to tackle it again. OK, it also helped that I worked with two Ilford photo chemists, Urs Fuerholz and Jean-Noel Gex, to find a way to alter my processing chemistry to raise the contrast of my Cibachrome paper. That higher contrast made printing more difficult but if handled correctly gave more tonal separation in local values. By “local values” I mean tonal areas that are close together, like the blades of grass in this photo.

The Cibachrome prints have the luminosity that I hoped they would. The scene is full of that soft, golden glow which filled that cool summer air so many years ago.