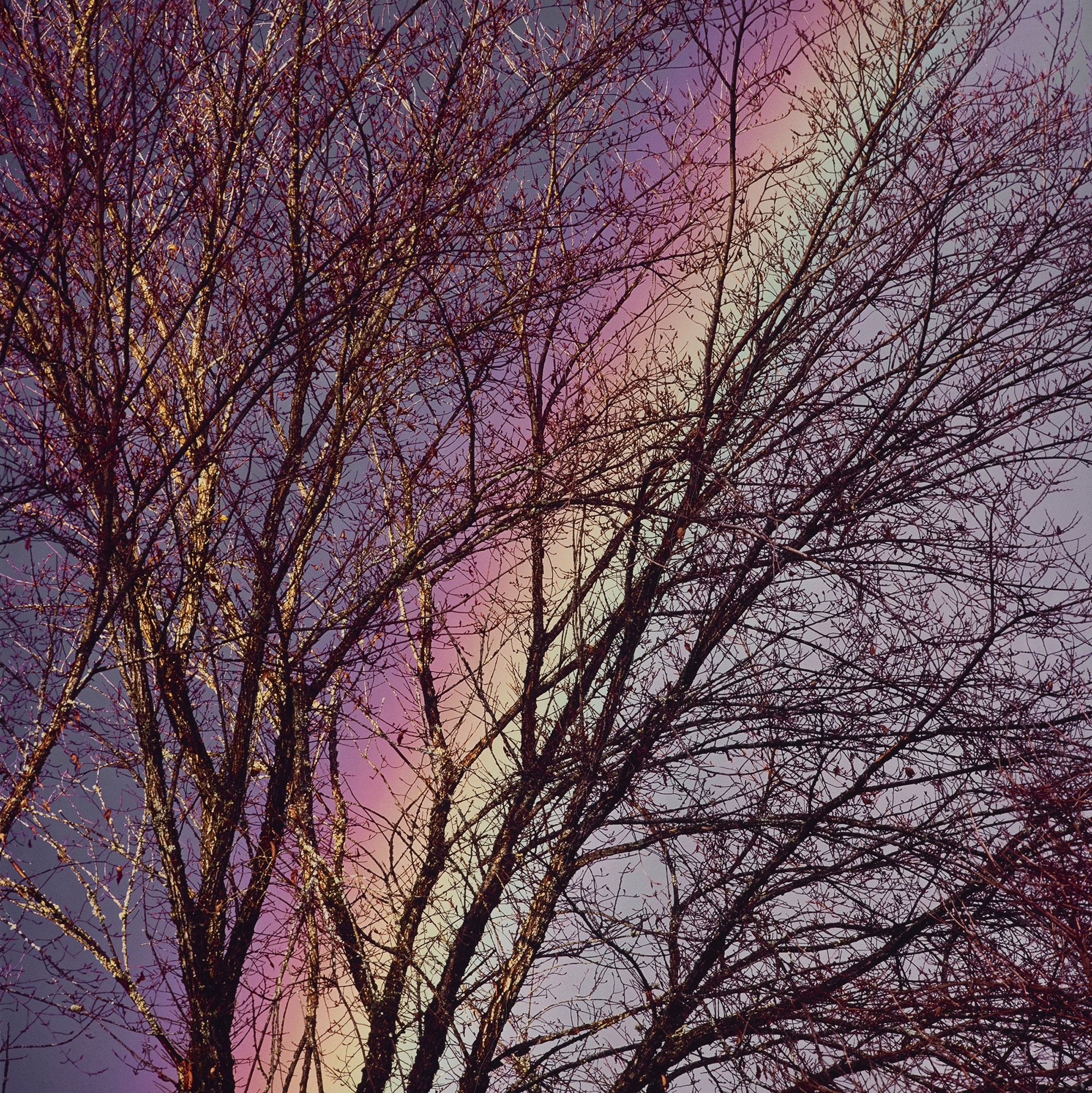 I was lounging at home on a blustery November Saturday afternoon in 2011. The day had been filled with what is sometimes politely referred to as “unsettled weather.” It was getting late in the day and the sun was getting lower in the sky in preparation for setting. Suddenly, it popped out from under the cloud cover and created rainbows in the misty rain drops that had been falling most of the day.

Fortunately, I had my Hasselblad camera outfit with me at home so I put on a rain jacket and rushed outside to look for photographic possibilities. The scene was beautiful but I wasn’t seeing a worthwhile composition throughout the scene. The fine rain continued to fall as the sun got lower and lower in the sky.

Coming around to the front of the house I came upon this remarkable scene. The rainbow was so close that I felt as if I could almost touch it. It was embedded within the tree and was wider than any rainbow I’ve seen before or since. The warm light of the setting sun gave the rainbow a wider “red band” than usual and the direct sunlight illumined many of the branches, giving depth and shape to the scene. The sky is always lighter under a rainbow and darker above and in this case the effect was accentuated by the setting sun.

Quickly setting up my camera on the tripod I used my Hasselblad 150mm lens and made one exposure on (Velvia 50) film, placing the rainbow colors a bit lower on the scale than usual to preserve as much tonal separation as possible. I had time for only one exposure, then the rainbow disappeared and the moment was gone forever. This majestic Tricolor Beech tree is about 100 years old. The colors and light distribution in the sky and tree is as I saw and experienced it on that day.

To me the Cibachrome prints are energetic, powerful and peaceful. It is as if for a brief moment heaven touched earth and brought with it consolation and grace. The storm is over.