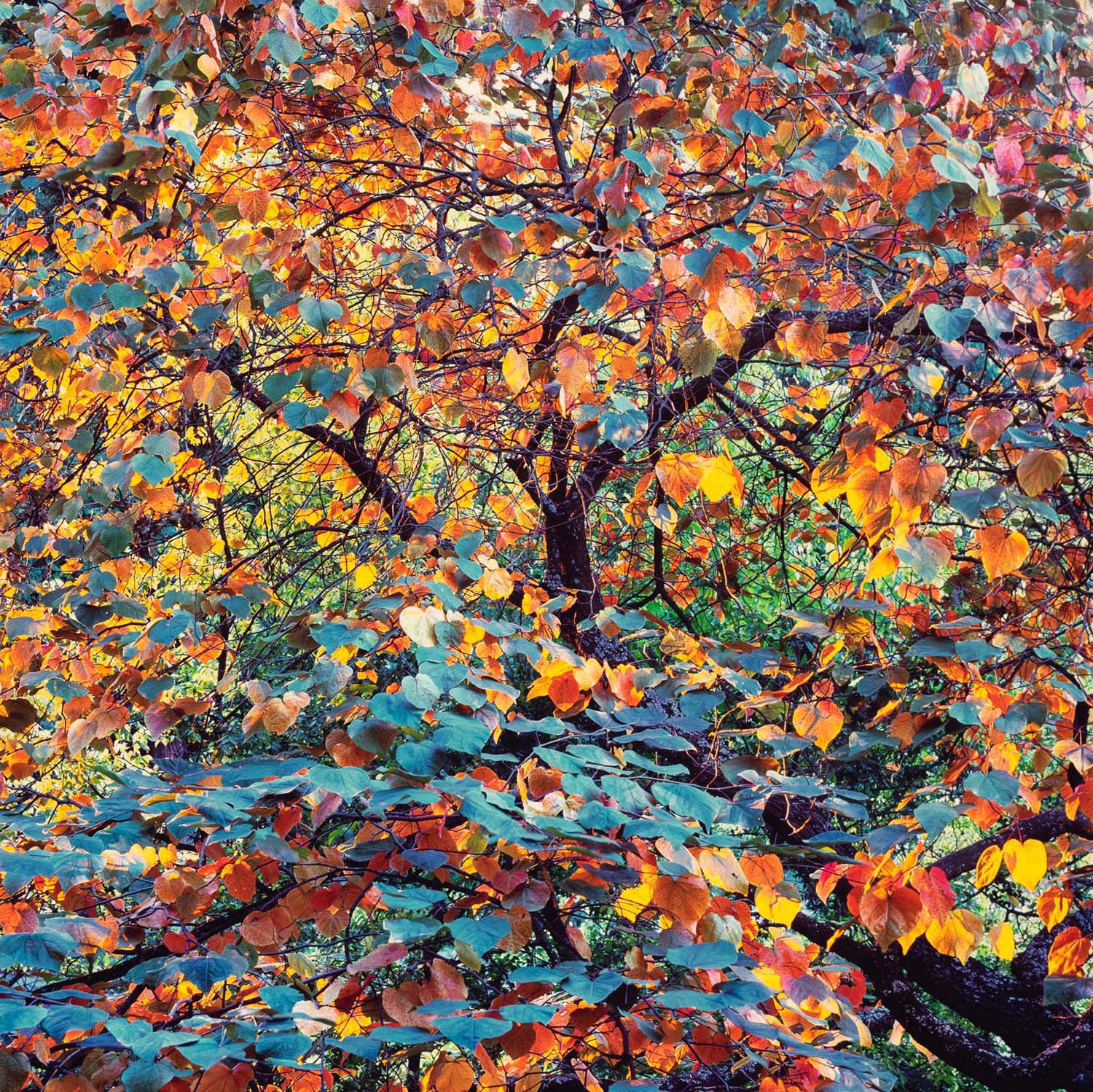 In September of 2002 we moved my darkroom and studio from the very small town we had lived in for 21 years, a distance of 50 miles. Because of the move we were unable to go on an extended photo trip so I had to be content with photographing whatever I could find close by.

The previous day we had an extraordinary moment when I was able to make my photograph “Resplendent Light.” I had not yet had that film developed but I knew there was a good chance that there was a great image on that film, although since everything happened so fast it was hard to be sure.

Since this one tree proved to have so much photographic potential we went back one more time, just before sunset. We arrived at the tree earlier than the day before and in just one day the colors of the tree had changed and the light was quite different. There was sunlight shining on the tree but it was more enveloping and more diffuse.

The previous day I used a 250mm lens but that was not going to work today. Usually I can visualize which lens to use when I see some photographic potential in a scene but this evening I had difficulty and went back and forth between three or four choices before settling on the 100mm lens; I used Provia film to make the exposure. As usual, I only made the one photograph of that tree at that time. I almost never take multiple views of any scene, trying to find the strongest possible image and going with that one.

The next day I had the two rolls of film developed. I was pleased to see that both photographs had met or exceeded my expectations. (It’s hard to exceed my expectations since I don’t make a photograph unless I think it will be terrific. And once in a while it is.)

It’s worthwhile to compare the two images because they are so different. Different day, different light, different lenses and different film. Same photographer, same Cibachrome print material, some of the same leaves in both photographs. This is one of the best examples to show how photography can be simultaneously literal and artistic. It’s not just about finding a pretty subject to photograph, although in this case it certainly was beautiful.

I titled the image “Autumn Circus” for several reasons. To me it has a festive, rambunctious quality… this is no polite, tame tree; the colors reminded me of circus colors. Also, the word “circus” is a version of the word “circle” and this image has a circular composition that revolves in a counterclockwise direction.